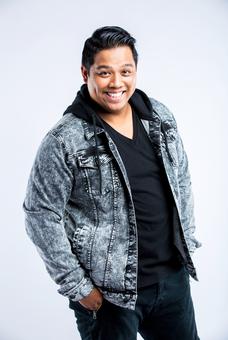 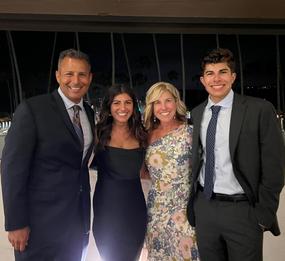 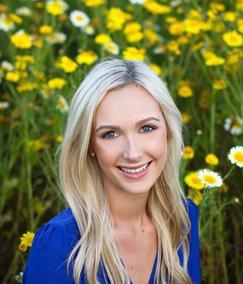 Anthony Tuason has been teaching and choreographing for 13 years. He has also been performing and dancing for 18 years. Performance credits include: Dancer/Ensemble in “Chicago”, Papa Ogre/Wolf in “Shrek”, “Chino” in West Side Story, Ching Ho in "Thoroughly Modern Millie", Audrey II in "Little Shop of Horrors", Japeth in "Children of Eden", The Cowardly Lion in "Wizard of Oz". As well as "Music Man", “Godspell”, “Your a Mean Man Mr. Scrooge”, “The Sound of Music” and more. Anthony performed and choreographed in several Saddleback College dance concerts, winning awards for “Best Choreography” and “Best Performer”. He also attended the American College Dance Festival. Anthony danced at Disneyland and Disney's California Adventure, in “Parade of Dreams”, "A Christmas Fantasy Parade", “Celebrate! A Street Party”, “Mickey’s Halloween Parade”, “Tiana’s Showboat Jubilee”, “Mickey’s Soundsational Parade” and more.

Anthony's dance teams and solos are nationally ranked and have won awards for best concept and originality. A guest choreographer at San Juan Hills High School, Saddleback College Theater Arts and Dance Department where he choreographed “Children of Eden” and a Saddleback College's original production of “A Christmas Carol”. He has worked for several industry events such as Club Posers in Los Angeles. He also is the Regional Director for Revolution Talent Competition. Anthony would like to thank all of his friends and family for their continued love and support. He is very excited to continue coaching the ANHS Dance Team and can't wait to see where the season takes them.

Mrs. Desiano started at Aliso Niguel High School in 1998. She has been teaching/coaching high school dance for the past 30 years. She began dancing as a child to help her as a competitive gymnast.

Mrs. Desiano completed her AA degree at Citrus Community College in Glendora California, where she was a part of their Dance Company (1986-1988).  She continued her education at Cal State Long Beach where she obtained her degree in Physical Education (1988-1991). While at CSULB she was part of the Spirit Team for two years.  Her education was furthered at Cal State San Bernardino (1999-2000) where she obtained her Master’s Degree in Education.

At Aliso Niguel High School Mrs. Desiano currently teaches in the Physical Education department: Dance, Tennis, and PE9.  She was a finalist for Orange County Dance Teacher of the year in 2006 and 2008.  Mrs. Desiano believes that teamwork is the essences of a winning program. Her motto has always been ‘Hard work beats talented when talent won’t work hard’. She hopes that this year’s team believes in one another and will aspire to work as one. Mrs. Desiano resides in San Clemente with her husband of 23 years, Tom, a Social Studies teacher and the Varsity Boys Basketball coach at Dana Hills High School. They have two children, and a family dog, Harley. Her daughter, Madelyn, is a fourth year student at UCLA where she is a member of the women’s soccer team and her son, Tommy, will be starting at his first year of college at Saddleback Community College in the their media program.

​Caitlin began her dance training in Southern California at the age of five and specialized in ballet. She was a member of the Aliso Niguel High School Dance Team from (2010-2013). In 2013, she began her dance teaching career and has taught at several local dance studios in Orange County and Utah. She worked for the Walt Disney Company as a parade performer from (2014 - 2020). Caitlin has been casted in several parades at Disneyland. Parades include Mickey’s Soundsational Parade, opening cast of Paint the Night Electrical Parade, Frightfully Fun Parade, and A Christmas Fantasy Parade. Caitlin attended Saddleback College where she earned an associate’s degree in liberal studies. During her time at Saddleback, she was a member of the Saddleback cheerleading squad and the Saddleback dance program from (2013-2015). Caitlin further her education and  attended Utah Valley University on a tuition scholarship. She graduated in 2018 with a Bachelor’s degree in Fine Arts in Dance, with an emphasis in Ballet. She was a member of UVU’s Repertory Ballet Ensemble from (2015-2018). With the ensemble, she guest performed with Repertory Dance Theater in their show Sanctuary in 2017. Caitlin attended the American College of Dance Association in 2018. From 2018 to 2020 she coached the middle School and high School dance team at Saddleback Valley Christians Schools. Caitlin is planning on starting her physical education  teaching credential in the Spring 2022.  She is passionate about dance and believes that a teacher not only teaches dance steps but life lessons and an overall healthy lifestyle along the way.